Come on out for a night of great, FREE standup comedy! We got that Miami 🔥 coming through Tampa!

Carlos Hernández (ABC, Only in Dade, NBC) is a stand up comedian, improviser, and actor from Miami, FL. You may recognize him from Only in Dade’s “On The Spot” interviews, his viral Spanish Accent Challenge videos, or as his Reggaeton Star alter-ego, Yurisbel, whom he took to American Idol and ended up receiving a golden ticket from Katy Perry, Luke Bryan and Lionel Richie without hitting a note. De p*nga. His energy, fast pace, and unique take on real-life situations is infectious.(He’s trained with iO Chicago, The Groundlings, Second City, UCB, and JTF. He’s appeared in various films, TV/online series, and national commercials for Toyota, Sedano’s, Boost Mobile, US Cellular, Zumba, Mattress Firm, and FIFA – amongst others.)

As always, we got deals on drinks and food so bring out the pals and let’s have a good time! 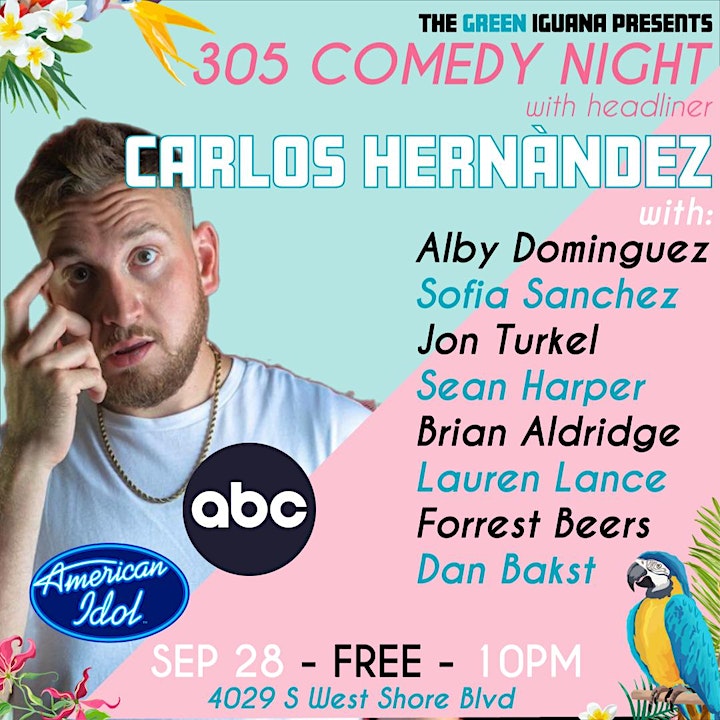