Improvised Stand Up Gameshow – A Joke Off – Orlando Improv You shout out topics, stand-up comedians make jokes about them!

What is a Joke Off? A Joke Off is the hottest comedy game show on the circuit today. Blending the best of stand-up comedy, improvisational comedy and crowd participation into tournament-style battle makes every Joke Off completely different and unpredictable. Created by comedian Carmen Vallone ten years ago, The Joke Off is now in production for national television.

The game begins with eight comedians, two on stage at a time for a head-to-head elimination rounds. What are the topics at hand? YOU decide! As an audience member, you are encouraged to shout out your favorite holidays, web sites, celebrities and more. When an audience topic is picked by the host, the first comedian has one minute to come up with a joke on the spot. After the minute buzzer goes off, the second comedian has one minute on the same topic. Who was funnier? YOU decide! The only comedians to move on to the next round are the ones you have deemed worthy with your claps and cheers.

Will be four, 10-minute battles (5 topics to talk about for 1-minute each, per-person)

Will be two, 6-minute battles

Will be one, 6-minute battle

Anything can happen in this completely improvised, stand-up comedy showdown. A Joke Off ! ! ! – Where the audience decides what happens next! 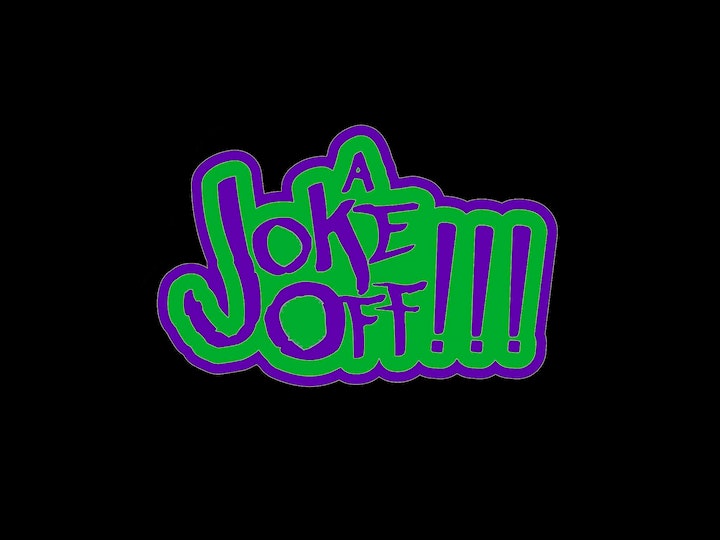