With the sweetness of the Midwest and the iron balls of the East Coast, Jenny Zigrino is a comedian that packs a punch of truly original humor. She’s charmed audiences across the country with her wit, keen observations, embarrassing anecdotes, and brilliant honesty for a compelling performance you can’t ignore.

She made her late night debut on Conan O’Brien and was a recent guest on the hit shows @Midnight and Adam DeVine’s House Party Season 3 on Comedy Central. She’s been featured on TBS, Oxygen, TruTV, MTV Fox, and IFC.

She recently released an IFC Web series with her friend and comedian Jen Saunderson “The Filling is Mutual” available on IFC Digital. Debuting this summer is Jenny’s first comedy special, which she just filmed in April 2017 for Comedy Central.

In conclusion, she’s kind of a bad ass bitch. 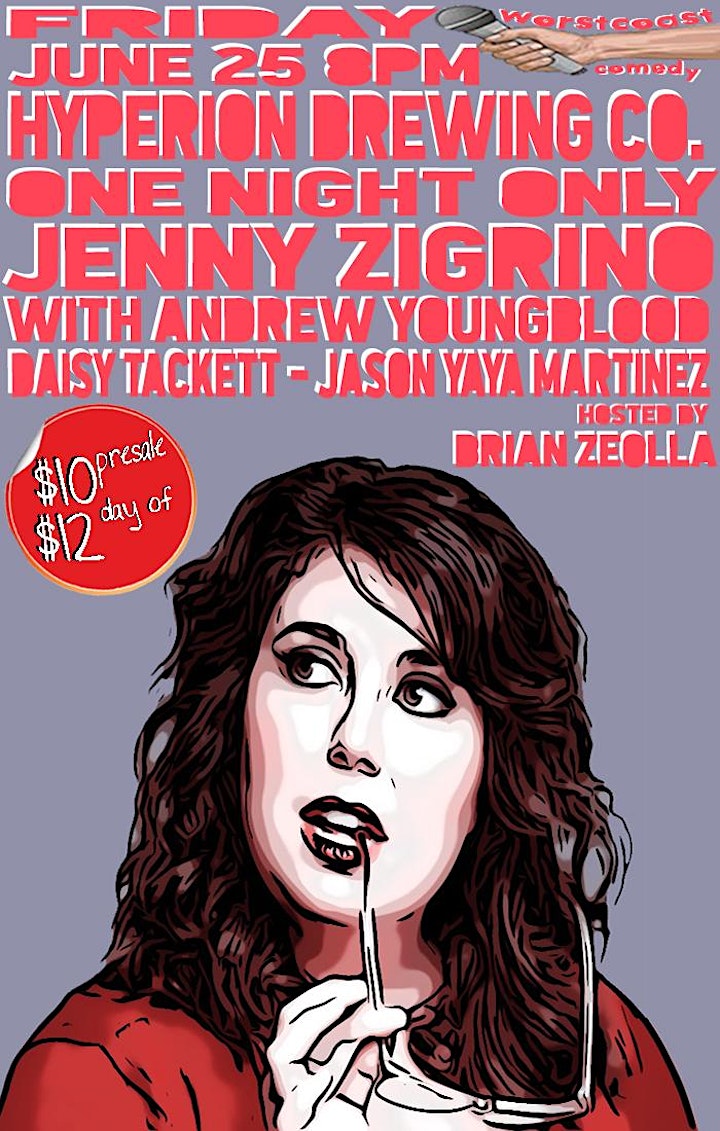